Anytime electronic equipment takes a bath, if it was not already “off,” turn it “off” immediately to prevent internal shorts from damaging sensitive circuits. Salt is then the big problem. Salt is hygroscopic, which is to say it attracts moisture. Salt dissolved in moisture forms an electrolyte that promotes galvanic reactions between dissimilar metals, such as a piece of wire and its soldered terminal.

In the humid marine environment, any electronics or electrical equipment into which salt has insinuated itself is more or less doomed, sooner rather than later.

For instance, after a particularly wet and wild beat off the South Coast of England, your autopilot might go haywire, making all kinds of random responses. A day later it might seem to be working fine, but then develops a random tendency to go nuts. You should pause for thought before you tear into electronic units, taking them apart. Eventually one tiny grain of salt, no bigger than a small pinhead, might have been left behind by an evaporating drop of water. Every time the humidity rose, this speck of salt absorbed moisture and shorted out a sensitive circuit board. You can rinse it out with a cotton swab dipped in fresh water, and the autopilot can be in business ever since.

Marine electronics that has suffered saltwater intrusion will need to be opened and flushed thoroughly with clean fresh water (first remove any internal battery). If the equipment can’t be worked on immediately, it is better to store it in fresh water than to let the salt go to work. As long as the unit is dried completely before being reconnected to a power source, the fresh water may do no harm-certainly less harm than the salt! Mineral spirits and stove alcohol can also be used for flushing-alcohol, in particular, is itself hygroscopic, and so will tend to draw water out of components. WD-40 or some other penetrant/dispersant will have much the same effect.

When flushing, pay particular attention to terminal blocks: Remove the wires, rinse the cable ends, and use a syringe to flush the block. Remove fuses from their holders and wash both the fuse and holder. A coaxial cable connector, unless fully waterproofed, will hold salt and moisture, which will likely short the terminal. It will need to be opened, thoroughly flushed, and dried; if there is sufficient cable, it should be cut off and replaced.

After flushing, the real difficulty lies in drying out some of the labyrinthine passages in electronic equipment, and in drawing water from encased components, such as capacitors. A good airflow will drive water from many inaccessible areas. An air compressor is best; failing that, use a fan or a vacuum cleaner’s exhaust. A prolonged period of low heat-bright sunshine, or perhaps an oven, no higher than 150°F (66°C)-may be needed to draw out all the water from individual components. The part must be dry before reentering service. Any moisture is likely to create internal shorts and cause rapid and irreparable damage. Before placing the unit on line, test for normal resistances if known; then test between the power leads and equipment case for any signs of shorts.

Even if a rescue attempt is successful, the equipment should thereafter be treated as suspect: At the first opportunity return it to the manufacturer or an authorized local dealer for thorough testing and servicing by an appointed South Coast Brighton Marine Electronics Services dealer. 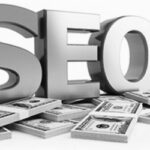 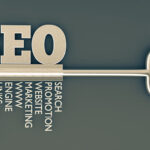