Short Message Service – The Text in Advertising : Text messaging was the brilliant idea of a few software developers back in the mid 1980’s. In its beginnings, it what thought up as a way to alert users about voice messages they have received. Few would have believed that it would become the global phenomenon that it is today. Short Message Service (SMS) has come to encompass all means of text message services, even though it originally only meant a communications protocol type.

While it has always been an effective means for cellular companies to contact their customers and for customers to communicate together, this for of communication has recently come into the spotlight as an effective way for advertisers to reach their prospective new customers. How does texting differ from more common advertising methods? Can I be sure my intended and desired customers will receive my messages? What if users do not have cell phones? How does the cost compare? Is it effective?

What’s In the Text?

SMS, theoretically, can reach the customers you need to promote your business, by allowing you to reach specific demographics and even younger, digitally in tune, users that might not be reached otherwise. SMS, or text messaging also has added benefits. Text advertising is the fastest form of communication and most reliable. While other forms of advertising rely on user availability, such as watching TV, listening to the radio, reading paper advertising, being in range of a telephone, or cell phone, text gets to the customer and stays there until they read it and delete it.

SMS has been a reliable means of interacting with customers for many products on the market today. Just think about it, advertising contests on the back of labels or on the television, giving users up to minute updates on current sales on products, sending them scores of their favorite sports games with an attached advertisement, and even being able to target intended customers while not sending messages out in hopes the right customers will see it.

There is much controversy in the advertising world today with regards to spamming capabilities. Potential advertisers would want to be careful that they target not only the right audience, they also need to be careful of OVER advertising. And because some cellular carriers charge for both sending and receiving text, some customers may not even have texting services or may block non-solicited advertisements and messages.

Texting Over the Net

Overcoming little advertising glitches, such as no being able to reach non-cell phone users, and also being able to send out mass text messages, even while not using a cell phone, may seem a little daunting. Not to worry. Today’s market of programs and technologies has not fallen short on this advertising niche. On the internet, many businesses’ will find a variety of companies that will do the texting for you, all you have to do is decide on advertising space and a few other minor details.

Your customers might not have cell phones. There are a few quick fixes for this issue. Now, there is the ability to send text messages to land line phones that can be read by a computer prompted voice. Even more fantastic, is the rising popularity of texting to TV channels. In a few countries around the world text messengers can text to a TV channel to be viewed by other users or to interact with user’s characters.

With all the added features of text advertising over other forms of advertising it would hardly seem like the idea could get better. The cost of text advertising is relatively inexpensive compared to traditional methods. While the ad itself may be the only cost, you might expect to pay for an allotment of total messages sent. Texting is still inexpensive in the long run, since most of the cost of texting is carried out by the users.

So, reaching your customers has never been as easy and cost effective as this before. Many messages and advertisements can be sent, and even customers of products get in on the fun if companies hold contests for users to “text to win.” There are many advantages to using this method, such as direct advertising, ensuring that all advertisements get to the viewer, and being a cost effective means of advertising media. SMS, your ads never looked so good! 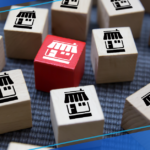